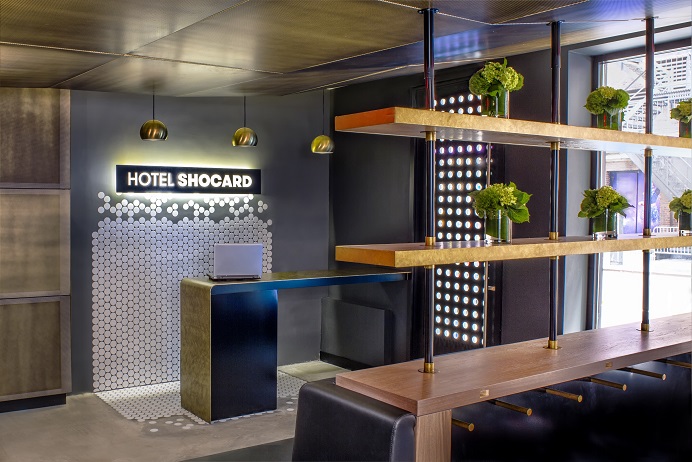 In New York's vibrant Theater District, just steps from the focal Times Square, Hotel Shocard is a modern facility with a retro flair with guest rooms that offer a European like experience. Wi-Fi is available in every room and features include a trendy social space for hanging out. Guest rooms at Hotel Shocard come equipped with a laptop safe. Furnishings include a work desk and the bathrooms come with hairdryer and courtesy bathrobes. All American cuisine is served at the on-site restaurant along with signature cocktails later in the evenings. Hotel Shocard is within a short walk of the Radio City Music Hall, Rockefeller Center and the Empire State

Contemporary boutique hotel at Times Square in the heart of the Broadway Theater District, The times Square Subway station is across from the hotel, connecting you to Soho, Chelsea, Midtown Manhattan, the Financial District and more. Walk to famed Fifth Avenue shops, Central Park, Rockefeller Center, the Garment District, and only 7 blocks to Jacob Javits Convention Center and Madison Square Garden.